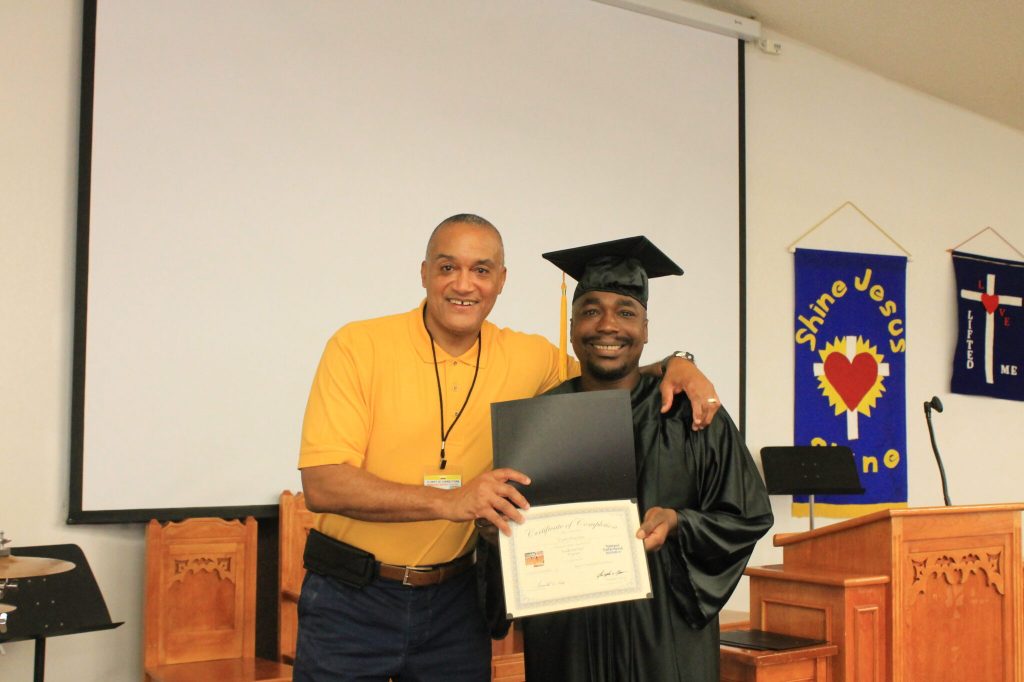 Just in time for Father’s Day, Operation New Hope’s Case Manager Ronnie Cage graduated two groups of fathers at Baker Reentry Center and Baker Correctional Institution who successfully completed the InsideOut Dad program. Cage stated, “This was great group of dads who are working hard to become even better fathers for their children. This program gives them the skills they need, so that when they are released, they can be there for their kids.” 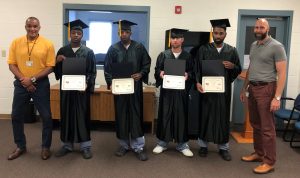 incarcerated fathers to become better dads while on the inside and, for those fathers who will be released, that help continue their growth as dads when they’re on the outside. NFI developed the InsideOut Dad program based on a philosophy that supports the growth and development of fathers and children as caring, compassionate people who treat themselves, others, and the environment with respect and dignity.  This philosophical basis of caring and compassion forms the underlying structure that constitutes the values that are taught in the InsideOut Dad program.

Operation New Hope has been delivering the InsideOut Dad program inside correctional facilities since 2014 as part of our mission to break the cycle of generational incarceration. Ronnie Cage works with incarcerated fathers to help foster the skills needed to be an effective father preparing them for their eventual release and reunification.

“I always tell the participants, that as a father, you must lead by example and finish what you start,” said Cage. “I’m proud of these graduates for completing the InsideOut Dad program.” 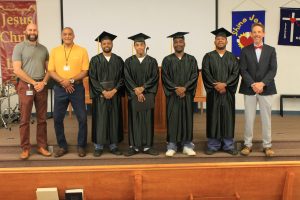 Despite the challenges presented by COVID-19 during the past 15 months, our Ready4Release team has continued to provide face-to-face services at facilities across North Florida, and we are working on securing access to more facilities to prepare more returning citizens for release.

We would like to thank our partners at the Florida Department of Corrections (FDC) for working with us to help facilitate a smooth transition back into the community. In fact, just this week, we were honored to host Secretary Mark Inch and many other FDC representatives for their Roadmap to Restoration kickoff in here in Jacksonville, the City of Second Chances. Secretary Inch noted that the three essentials for successful reentry are 1.) housing, 2.) employment, and 3.) community acceptance. He stated that here in Jacksonville “I very quickly saw evidence of community acceptance,” and so that is why he launched his reentry initiative here. Watch the full video of Secretary Inch’s remarks here.