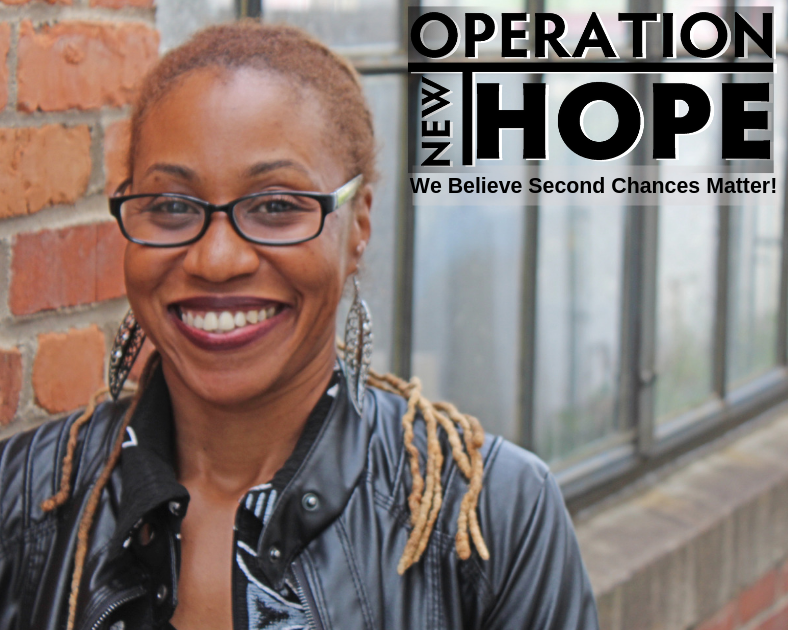 After three years of unemployment, with two children to support and the threat of returning to jail looming because of her inability to repay restitution totaling $10,000, Danielle felt hopeless. The memory of that difficult period brought tears to her eyes. “I had done my time, learned my lesson, and been forgiven by God, but I still needed help to receive forgiveness from others. I needed someone to intervene.”

“That’s when Operation New Hope came in,” she recalled as a broad smile spread across her face.  “Once I was able to surrender my doubts about being a former felon and accept help, the barriers started to come down.”

Danielle entered the Ready4Work program in 2013 with determination to make the most of her second chance.  Her hard work and dedication paid off; she was awarded Student of the Week and quickly earned a job at a local warehouse.  “I started at the bottom, running, picking, and packing orders, but I didn’t lose focus.”  After only six months of employment, Danielle applied for and was promoted to the Computer Room division.  Shortly after that, she was again promoted to Administrative Assistant and has worked hard in that role ever since.

Tears welled again, but this time Danielle’s eyes sparked with joy. “I remember God’s promise to me that He would be my Lawyer, Judge, Jury, and Employer. It was my faith in Him that led me to where I am now, and through Operation New Hope, my Second Chance was given.”

Wanting to give back and help others overcome the barriers to reentry, Danielle recently shared her success story with the current Ready4Work class.  “If I had not been given the opportunities here at Operation New Hope, I wouldn’t be where I am today.”  Her distinctive broad smile returned. “I promise each of you – there is hope!”