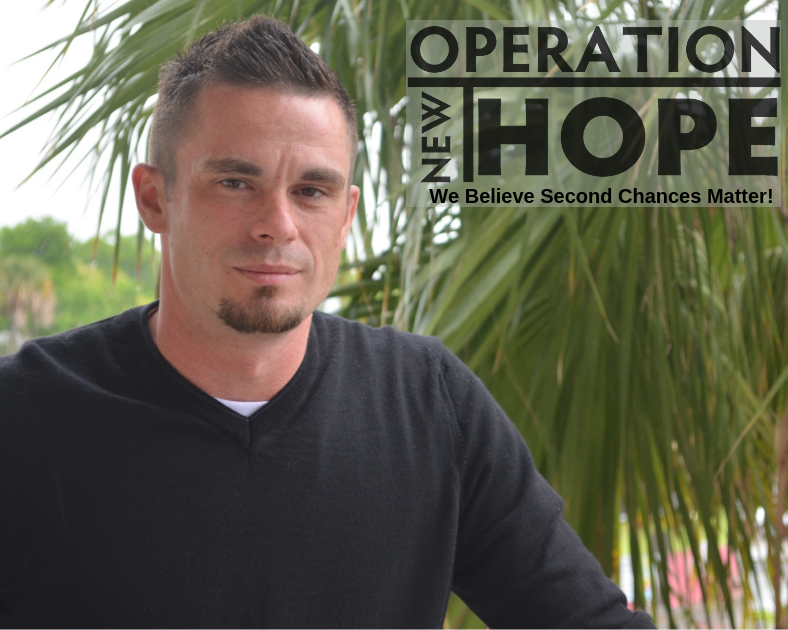 On a rainy morning in April, Raymond Garber beamed with light as he listed the succession of recent job offers he’s received from the many upscale restaurants looking to hire him.  With so many opportunities available, it’s hard to imagine that just a few months ago he was incarcerated.

“It’s because I was given a second chance at Operation New Hope that I was able to believe that I was good enough. Welcomed into a community and supported with transitional housing and transportation, I was able to take inventory and gain confidence. None of my skills have changed – it’s my spirit that has changed.  Once I surrendered myself to being humble and offering myself up to the service of others, the opportunities started flowing.”

Wanting to “help as much as I’ve been helped,” Raymond recently attended the Day of Empathy Rally to help raise awareness for those impacted by the criminal justice system.  Surprised to see the judge who sentenced him also in attendance, Raymond said “it was then I realized why I was there. So, I went over to Judge Corrigan and thanked him for the empathy he showed to me in sentencing me. It was humbling.”

Recalling all the hard work and voluntary sacrifices he has made since going through the Ready4Work program, Raymond smiled and said, “it’s simple, but not easy. I continue to be impressed daily by this way of life and have faith it will continue.”

Determined to be an example for his 4-year-old daughter, who’s favorite color is “all of them,” Raymond has committed himself to his recovery and to this community.  “I just know I am going to be able to do something really great.”